Omega Planet Ocean (PO) line was introduced in 2005. The watches come in both 45mm and 42mm size and are famous for being worn by Special Agent James Bond played by Daniel Craig. In Casino Royale, Daniel Craig wore the 45mm planet ocean on rubber strap and in Quantum of Solace the 42mm 2201.50 on steel bracelet.

The design of the PO draws from the history of the Omega Seamaster. The PO has a two part bezel found in pre-bond Seamasters and some of the earlier Omega references. The source of the bezel design is most likely Omega Seamaster 300 ref CK2913 produced in late 1950s. Another historic design choice is the curved lugs, which omega have been using since the appearance of first ST Speedmasters.

One thing worth mentioning is that the cal 2500 Planet Ocean has sharper case than the 2531.80 or 2254.50 Seamasters. While the lugs on the 2254.50 are similar, the form is considerably softer than on the Planet Ocean. This creates an impression of quality of the finish and a more modern look. I haven’t handled a modern unpolished Speedmaster myself, but it is said that modern Speedmasters have similar quality to the lugs.

It may be that all of the 2531.80s and 2254.50s that I have handled have been polished, but at this point, it would be extremely bad luck. Until otherwise proves, I’m going to assume that the edges on the older SM300 lyre lugs weren’t as sharp as on the PO lyre lugs.

Because of the many different color combinations, strap options and sizes, the following table attempts to summarise the reference numbers for 42mm Planet Oceans:

The sheer number of available references may make finding the right watch to purchase difficult. However, it is a good idea to extend one’s searches as deals can be had in any of the references. Unfortunately sometimes dodgy sellers downplay the size and offer 45mm references as 42mm and this creates further confusion.

As outlined earlier, the PO came in at least four different strap configurations: steel bracelet, steel mesh, stitched rubber and rubber. I have had pleasure to handle the non-sticthed rubber, and it is easily one of the best rubber straps I have had. It is both comfortable, doesn’t have the groce vanilla smell, which connoisseurs of poverty-grade rubber straps claim to be characteristic of nice vulcanised rubber. The strap doesn’t cause itch even when worn extensively.

The bracelet for the cal 2500 Omegas is 1580 / 952. Unfortunately, my watch never came with bracelet, so until I can source one second hand, I’m unable to review it. I know that the bracelet came with both pins and screws. As with 2254.50, a popular modification is to add micro adjustment clasp to the bracelet. More of this including the parts numbers can be found in the 2254.50 article.

The 1589/858 sits slightly too thick on the watch, but many prefer it because of availability and better clasp. The incorrect size of the 858 end link is especially noticeable where lyre lug meets the end-link itself. The rubber strap 98000364 also extends slightly above the lugs, but it is barely noticeable.

In addition to the steel bracelet and the rubber straps, the cal 2500 Planet Ocean wears well on a shark mesh. This is one of my personal favourites because the mesh is light and comfortable. The part number for the sharkproof mesh is 020ST1380237.

The hand-winding experience of the cal 2500c is very nice and smooth. Unlike the 1120 or the Rolex Calibers, you can only hear a very faint sound of turning gears when hand-winding. In many watches, I would associate this winding to the wrong direction. Once wound full, just like the 1120, the movement gives nice pleasurable clicks to tell the winder to do something more productive with their life.

Anyone who is looking to buy any cal 2500 Omega watch is bound to find a lot of discussion over the differences of the movement. The differences have been discussed extensively. In short, the 2500d comes with three-tier escapement as opposed to the two-tier escapement of the 2500c. It is said online that the advantage of this is that the service interval of the 2500d is longer and the 2500d movement is less subject to failure due to wear or dislocation of the part.

The biggest misconception regarding the Planet Ocean 42mm is that it is a big watch. This is most likely caused by its 45mm cousin, or the newer 43,5mm versions. The 42mm PO wears slightly smaller than the flatter 2254.50 despite being taller. It also wears considerably smaller than Seiko MM300, which feels like a chunk of steel strapped to your wrist. On my 16,5cm wrist, the watch feels perfectly balanced on the rubber strap.

The various PO strap options, the two different movement types and the three different bezels/dials configurations can make the purchase confusing and somewhat difficult. Beyond the various references, the watch has a lot to offer: not many watches are simultaneously conservative (2201.50), playful (2201.51) and slightly obnoxious (2209.51). 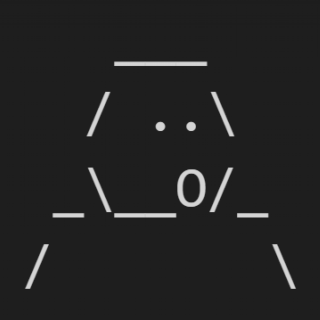